San Pedro was declared 2017 Neighborhood of the year by Curbed Los Angeles.San Pedro is mainly pronounced as “San Pee-dro” by locals.

Household income in thousands of 2000 dollars 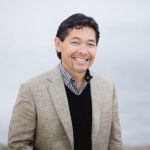 Raise your hand if you started a garden in 2020. If you did, you’re far from … END_OF_DOCUMENT_TOKEN_TO_BE_REPLACED